My 5th grader struggles so much to remember her times tables. It’s mainly the 7’s, 8’s and 9’s. She has had to relearn it every year since 3rd grade. This is our first year homeschooling and we are reviewing and hitting this wall AGAIN. I just can’t figure out how to make it stick for her. Ideas?

My 5th grade son has struggled with math facts as well. He is a child who learns differently. I had the most luck with Memory Joggers story cards. You should be able to Google them and find the website. We also use Wrap Ups for review. He hates flash cards. Just to let you know I had to convince my son to use the Memory Joggers. At first look he thought they were silly but they did work. I still review facts with him weekly as well. Good luck!

I just always loved that trick - and it is fun, and easy to remember how to do.

I was showing her this trick! Any tips for 7’s and 8’s? Those get her too

I’m sorry - I have no tips for the others!

I’ve been trying to think - but I’ve got nothing. Sorry

Thanks though! We will just keep plugging away

I haven’t tried these yet, but I’ve had them pinned for awhile: The 9’s Trick for Multiplication {and a freebie}

One of my favorite tricks for multiplication is the 9's trick. Kids love this too, since it is just so darn neat! I am aware that there are several other popular tricks out there for 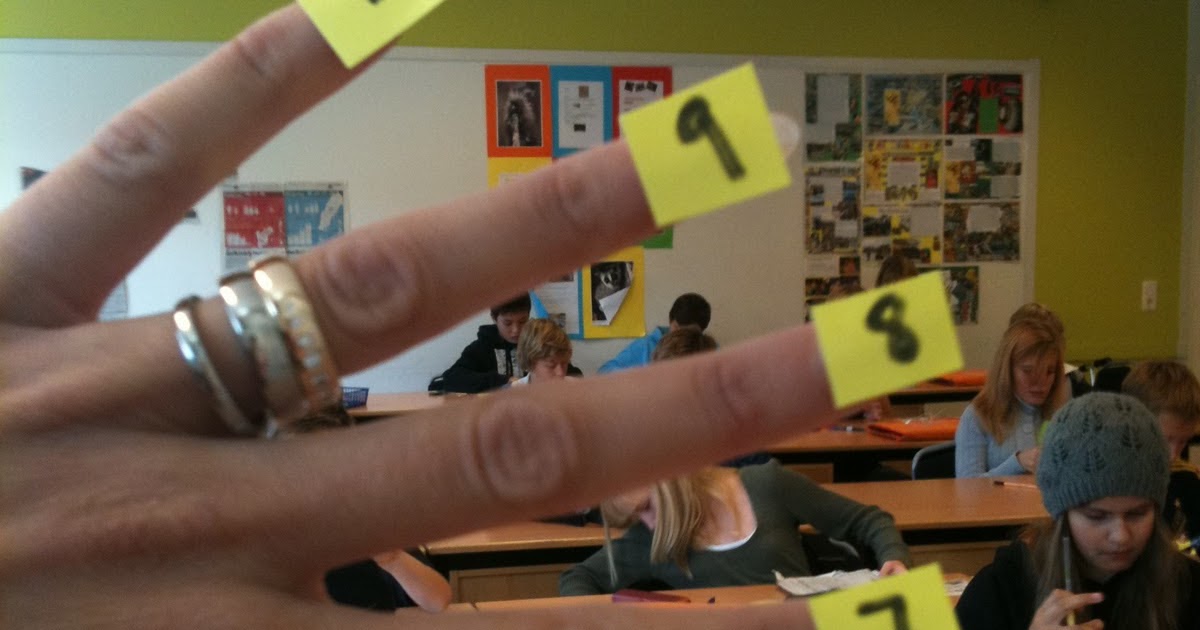 Russian farmers are said to have used this method to multiply numbers between 6 and 10. The fingers are numbered from 6 to 10. Any couple ca...

At the age of 8 I had to learn the multiplying tables. I've never been good at memorizing lists or tables. It was easy to learn the tables from 1 to 5 but...

The last two may be similar.

Dianne Craft also has right-brained flashcards that may help.

I bought this for next year when my oldest has to learn the times tables:
Times Tales DVD

We started doing skip counting to review, instead of flash cards I would have my daughter count by sevens or eights. She still has to pause when multiplying those numbers but she’s getting better.

I highly recommend this little cheap song book with cd that math u see sells. Even if you don’t use that curriculum the students memorize the words to the songs so fast and then are able to skip count any problem without memorizng anything else! Once the student learns that with time the complete math fact can be learned. I’m so excited about the song book! I just got it over the summer and it made me sad I never had that when I was in school!

Try the multiplication game called SPEED. It’s on Amazon and we love it!!! It teaches skip counting from the 2’s to the 9’s with 8 decks of cards. My kids play this for fun all the time and not just school work. I haven’t found anything that works as good at helping my kids learn their facts.

I saw this on Pinterest. It might be worth a try! It is help for 7’s times table!

I found that Times Attack by Big Brainz worked great for my son at bit pricey but if you have a gamer then worth it.

I knew my daughter wasn’t as into video games enough for it to work for her. Recently I found these videos on youtube. They are fantastic for kids who like music which both my girls love dancing around and singing.

The first day I showed my 7 yr old, I sent her to go to the livingroom and watch them a bunch of times. She did and then when her 5 yr old sister woke up from a nap she was so excited she went to show her. They sang and danced for at least an hour and now the 5 yr old also knows them. They ask for them all the time in the car and are so catchy even my son who already knows his times tables likes them.

On a side note, we don’t stop school in the summer. We do something each week. Even something like a one page multiplication worksheet once or twice a week can keep math facts fresh and not forgotten.

I don’t know that there’s one way that works for everyone but if you can tap into something your child loves it can really help with learning multiplication fact or anything else.

We’ve used (and liked) Times Tales and Times Tables the Fun Way. I also recently ran into a cool workbook called “Making Friends With Numbers.” It teaches techniques for different numbers (like the 9s trick) and then has kids practice them in various ways. We’ve just started it, but it looks like a lot of fun to me!

One little trick I noticed in my quick perusal of it was for the 7s. One thing it pointed out is that 7 is 5 + 2. So, using what you know about the relationship of multiplication and addition, if you need to figure out 7 x 6, for example, you can do 5 x 6 + 2 x 6. The 5s are relatively easy, as are the 2s, so it’s often easy to figure out those solutions and add them together.

@Lindsay It’s been a year since you posted your question about multiplication tables. I was wondering how the year went. Did you find anything in particular that helped? My daughter (only 8, so really, just beginning) knows all of the “easy” facts, but just hits a wall w the rest. Has anything in particular helped your child? Thanks!!

I know this isn’t helpful but this year has made me realize some kids get it and some don’t. We did multiplication for the THIRD year with my oldest. And it was the first for my middle. My middle now has them memorized just from doing Math U See Gamma. My oldest still struggles. I think she will always struggle. We just do worksheets and drills occasionally to try and keep it fresh. She knows them but every time she has to stop and think unless it’s the easy ones. I tried a lot of things and nothing seemed to work better than others.

Honestly their brains just function completely differently. My oldest is very artsy and right brained (yes I tried the right brained math book but she thought it was too “babyish”). Had I started with that she might have been more into it but she already felt “dumb” going over multiplication again. I just try and remember her gifts are different and may not include math, and that’s fine. I just need to get her through a few more years and make sure she has plenty of functional math she will need out in the world.