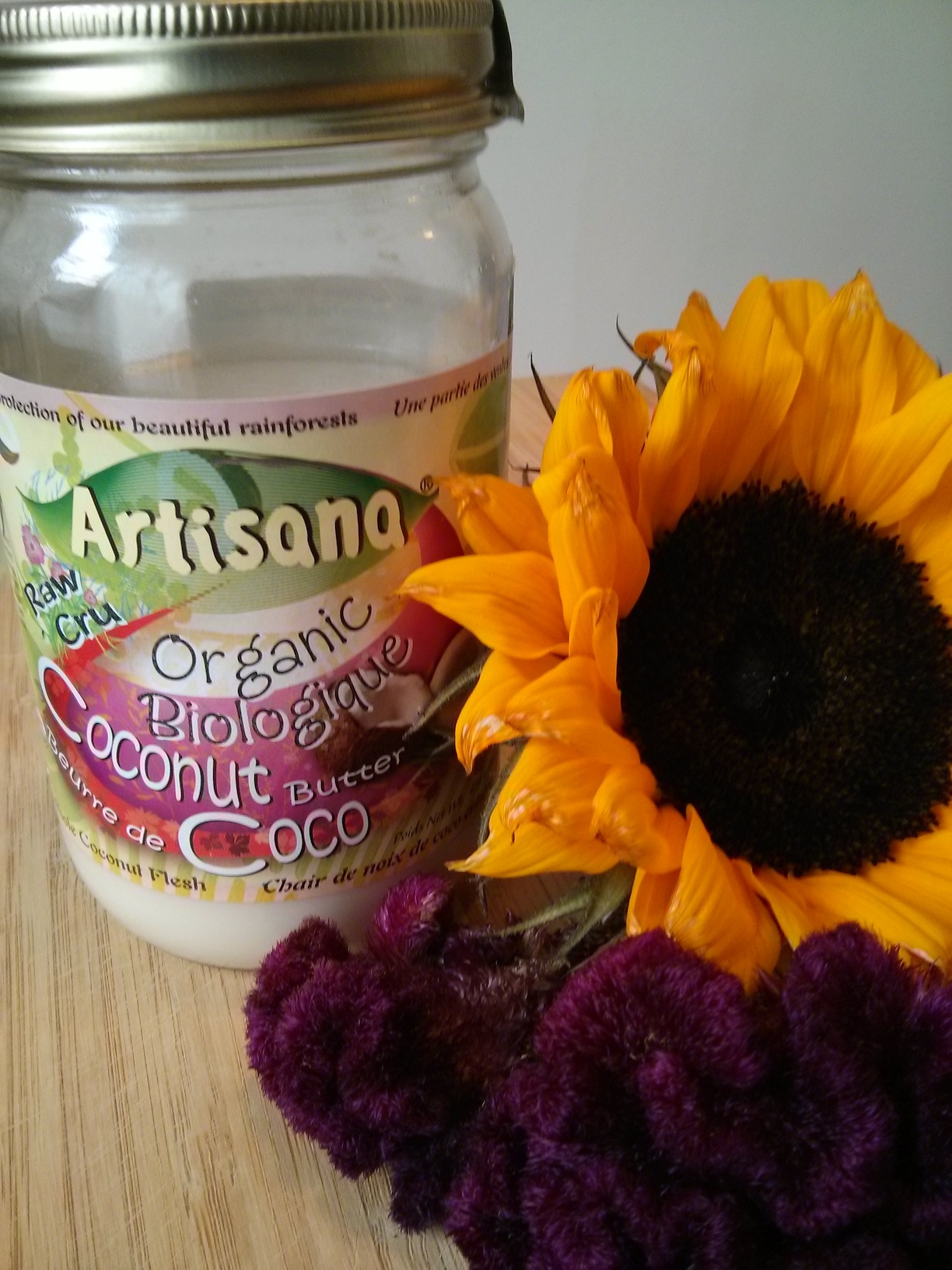 Coconut butter is different than coconut oil. Have you seen coconut butter at your health food store and wondered what it is and how to use it? Look no further!

I believe a great deal of Coconut Oil and Coconut Butter. I hope this is informational for the rest of you!

Thanks for sharing this.

I am curious about coconut oil. I have heard the rave reviews, but I also hear it is 100% Saturated Fat…not so good. Do you just use it in small quantities? How do you balance the positive health benefits with the negative?

Thanks for sharing. I just bought Coconut Oil for the first time about a month ago. I actually haven’t used it for cooking, instead I have been using it for my son’s diaper rash. It seems to be helping. I figured it was worth a shot. Does anyone else use it in this way?

I use both of these to make homemade soap! (Along with other ingredients!) I also make and use my own shampoo bars, lotion bars, and chap stick. My family use to be skeptical about homemade bath products but now they stop over and ask me if I have any more of this and that! Most of these things can be fun to make with your kids. (Except homemade soap with the lye, I make that myself.)

I use it on my hair! It makes it super soft and shiny!

I did spend several months just using straight up coconut oil instead of shaving cream for my legs! It was clogging up the drain a little too much so I had to stop, but it worked so much better and I got a lot less razor burn. I’m hoping I can come up with a less clogging method that uses it again, once I don’t need to concentrate quite so heavily on baby prep.

I do. I also used it for sore nipples during my nursing years, and we use it for chapped lips and eczema.